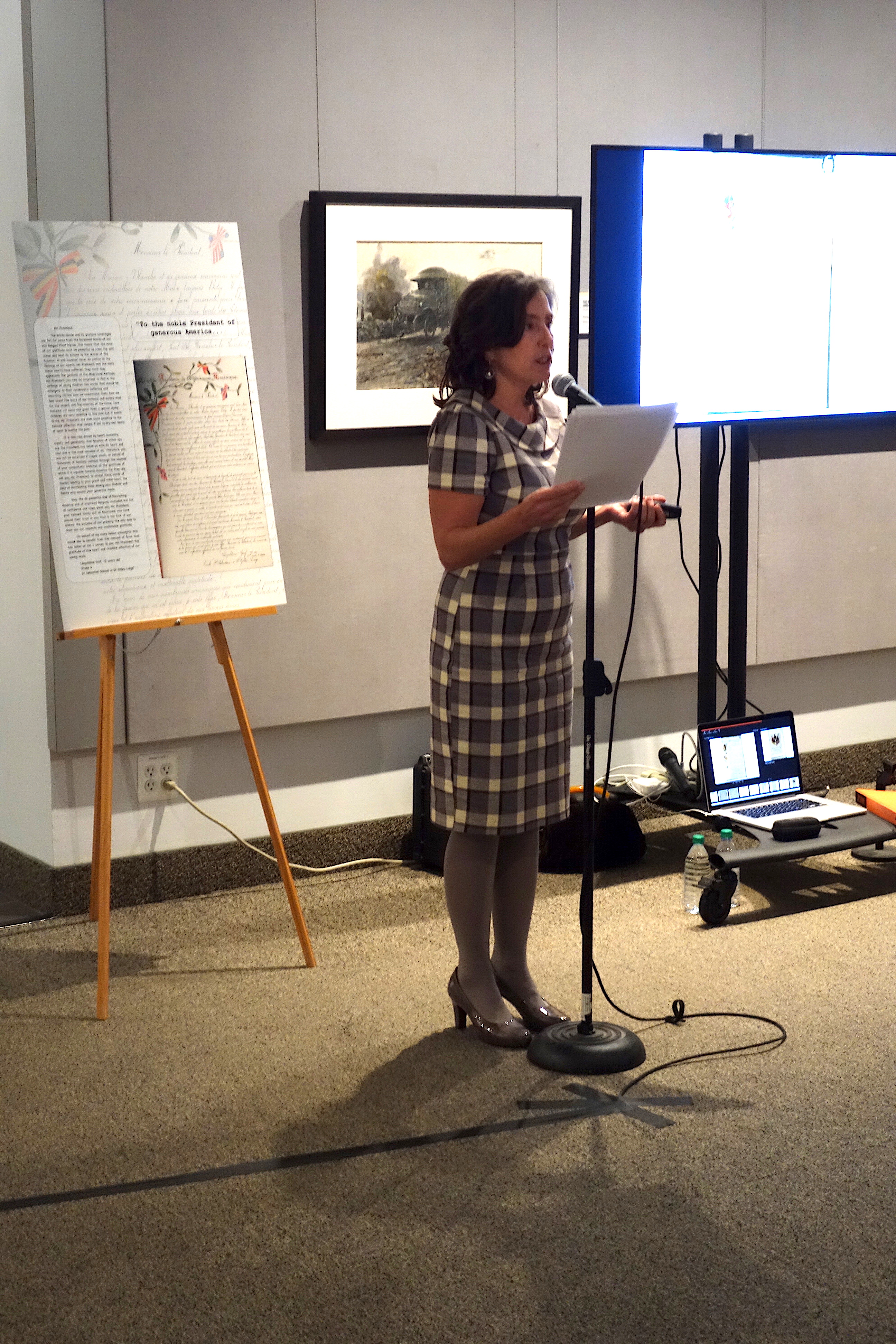 As part of the Air & Space Museum’s year-long commemoration of World War I, she was invited to speak about her great grandfather, Alexander Heingartner, who served as U.S. Consul in Liege, Belgium during World War I.  As the highest-ranking U.S. official in Liege at that time, Heingartner played a critical role in making sure that American humanitarian aid that was sent to rescue the Belgians from starvation was distributed into the hands of the people in his area who were in need of it.