As part of this year’s International Education Week programming, IRIS along with its regional centers and the International Division, will be showing a series of international films.

“The Diplomat” featuring an introduction and post-screening Q&A by the film’s producer, UW-alumna Stacey Reiss

THE DIPLOMAT tells the remarkable story of the life and legacy of Ambassador Richard Holbrooke, whose singular career spans fifty years of American foreign policy from Vietnam to Afghanistan. Told through the perspective of his eldest son David, the documentary takes you behind the scenes of high stakes diplomacy where peace is waged and wars are ended. The film will be released in 2015, the 20th anniversary of Holbrooke’s crowning achievement: the Dayton Peace Accords which ended the war in Bosnia. DEAR AMBASSADOR is the extraordinary story of Luiz Martins de Souza Dantas, who served as Brazilian Ambassador to Paris during WWII. A largely unsung hero, he defied his own government’s orders by granting hundreds of unauthorized visas to Jews and others facing imminent capture and death. Consisting of reenactments, interviews with survivors, and archival footage, “Dear Ambassador” commemorates Brazil’s counterpart to Oskar Schindler and Raoul Wallenberg, who like them was awarded posthumously the title Righteous Among the Nations at the Yad Vashem Holocaust memorial in Jerusalem. 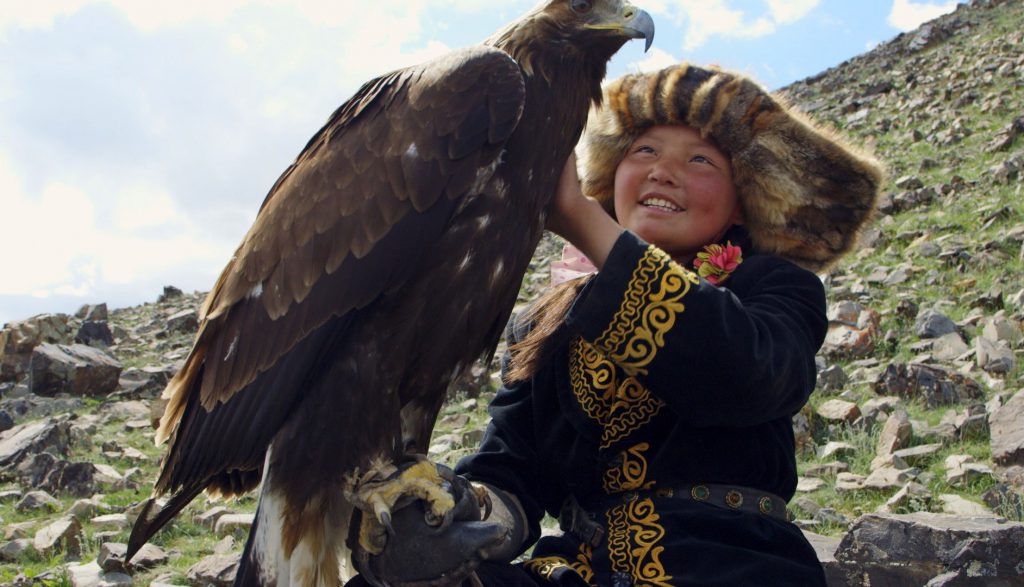 “The Eagle Huntress” featuring an introduction and post-screening Q&A by the film’s producer, UW-alumna Stacey Reiss

THE EAGLE HUNTRESS follows Aisholpan, a 13-year-old girl, as she trains to become the first female in twelve generations of her Kazakh family to become an eagle hunter, and rises to the pinnacle of a tradition that has been handed down from father to son for centuries. When she was a young lawyer, Kholoud Al-Faqih walked into the office of Palestine’s Chief Justice and announced she wanted to join the bench. He laughed at her. But just a few years later, Kholoud became the first woman judge to be appointed to the Middle East’s Shari’a (Islamic law) courts. THE JUDGE offers a unique portrait of Judge Kholoud—her brave journey as a lawyer, her tireless fight for justice for women, and her drop-in visits with clients, friends, and family. With unparalleled access to the courts, THE JUDGE presents an unfolding vérité legal drama, with rare insight into both Islamic law and gendered justice. In the process, the film illuminates some of the universal conflicts in the domestic life of Palestine—custody of children, divorce, abuse—while offering an unvarnished look at life for women and Shari’a.

Gods of the Plague

In this sequel to Love is Colder Than Death, Franz (now played by Baer) is released from prison and starts planning a supermarket robbery. He also rekindles his relationship with old flame Johanna (Schygulla) and lights several new ones. “Quintessential Fassbinder…the work of a very young man who has just discovered the secret pleasures of angst” (Vincent Canby, The New York Times).