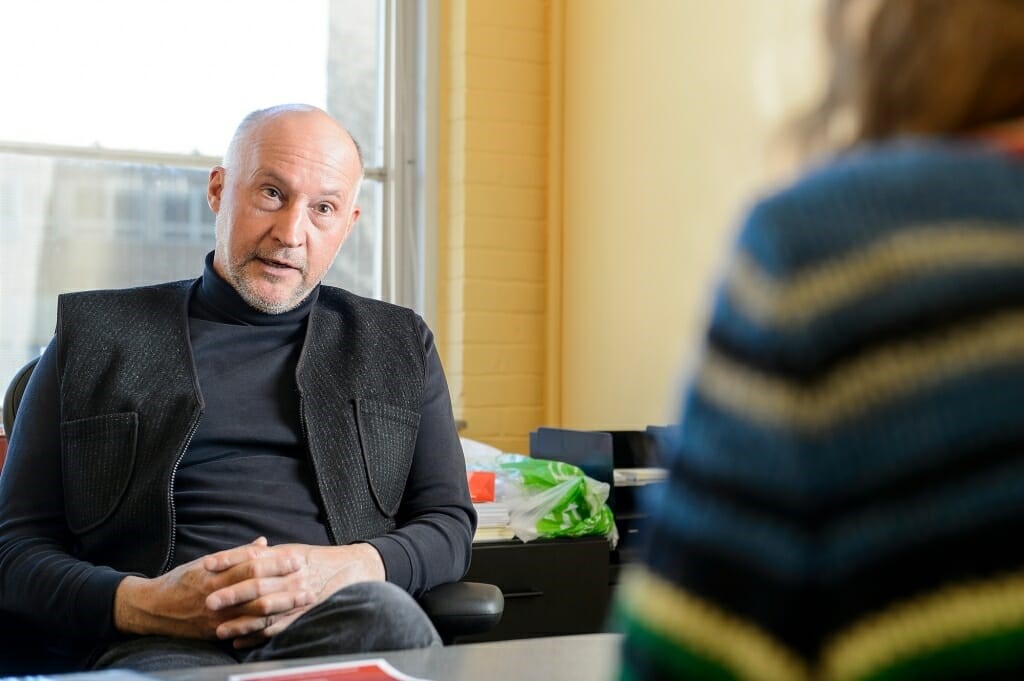 Jim Delehanty, who served as the Executive Director of the Institute for Regional and International Studies (IRIS) since 2015, has retired. Jim worked for the university for 31 years, beginning in the Geography Department in 1987. He then went on to work in the African Studies Program from 1995 to 2015, serving as the Associate Director, before coming to IRIS as its first Executive Director. “From the very start I was honored to be at UW-Madison, and I’m leaving still feeling honored,” said Delehanty during his last week in the office.

Taking part in nearly four years of discussions relating to the future of the area studies centers at UW-Madison, Jim played a pioneering role in the creation of IRIS. As Sarah Ripp, IRIS’ Assistant Director for Programming and Communications has remarked: “Jim excels at taking a diplomatic approach to any conflicts or issues that may arise—he tends to see the glass as ‘half full’ and gives others the benefit of the doubt. These skills have been instrumental in developing a collegial work environment amongst the centers and IRIS staff.”

Jim recently received the Ann Wallace Career Achievement Award for his dedication to serving the university. His coworkers nominated him for the award not only to honor his extensive career at UW-Madison, but also to commend him for his leadership within IRIS during its first few years. When asked if he had any parting thoughts, Jim stated that he wishes the best of luck to his colleagues with their future projects and endeavors.