The Center for European Studies is pleased to announce that 55 undergraduates received the European Studies Certificate this May. Our graduates majored in diverse disciplines, including History, International Studies, Economics, Journalism, Business, Biology and everywhere in between! We wish to congratulate all the graduates and wish them the best in their future endeavors. Here are profiles of two Certificate students: 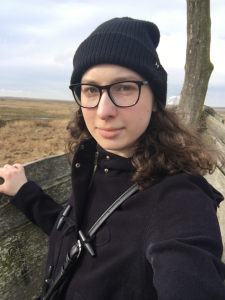 I studied Marketing, International Business and German at UW-Madison. I grew up bilingual in Germany but lost much of my German after moving to the US. As German wasn’t offered at my middle school, I began to learn French and continued to study it through part of college. However, I was still interested in getting back up to a fluent level of German, so I began to take courses at UW, and studied abroad through the Academic Year on the Freiburg program. After returning to Madison and finishing the German major, I was eager to learn a new language and to learn more about areas of Europe with which I was unfamiliar. This prompted me to begin taking Danish courses. I received a FLAS (Foreign Language and Area Studies) fellowship for the study of Danish in my senior year, during which I also studied abroad (in my last semester) at the Copenhagen Business School.

Adding the European Studies Certificate to my education was a way to point out an undercurrent that had permeated my studies all along: European cultures and languages. Ever since my first semester of university, I had selected every class that focused on Europe that fit into my required coursework. I remember being excited about taking Food in Italian Literature to fulfill the literature requirement, and Global Marketing Strategy as a marketing elective.

Marketing fits nicely with my interest in European Studies, as understanding people is at its core, and the attitudes and values that people have are heavily influenced by culture and language. I am currently interviewing in Germany within the field of Marketing. I plan on working in Europe for three years before applying for my MBA in Marketing, and eventually building a career in international brand management. 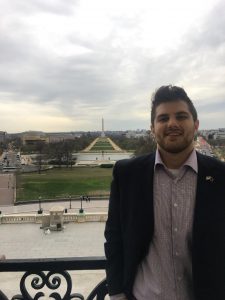 Josh Kowalczyk was a double major in Economics and International Studies with a Certificate in European Studies. His chief academic interest was the global political economy and its relationship to sustainable development, geopolitics, and macroeconomic policy. Additionally he was a student of Italian language, and he spent a semester abroad at John Cabot University in Rome. Beyond academics, Josh was a celebrated player on the Men’s Rugby Club at UW-Madison, while also serving on the team’s executive board as the recruiting chair.

Josh concluded his undergraduate studies this past spring as a participant on the UW’s Wisconsin in Washington DC academic internship program, where he interned at the Delegation of the European Union in the Economic and Financial Affairs Section. In this role, Josh was granted the opportunity to research transatlantic economic policies, shadow top-level EU diplomats, and attend meetings at various organizations and government agencies (including the Department of Treasury, the US Capitol, the International Monetary Fund and the World Bank).

Going forward, Josh’s post-graduate career will continue in Washington, DC at the Bipartisan Policy Center, where he will be a summer intern working on financial regulatory policy.