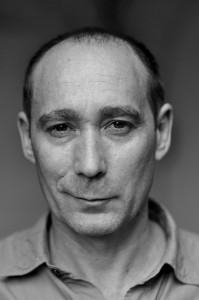 This fall, Thierry Cruvellier will be teaching IS 601: Topics in Global Security: International Criminal Justice: Models and Practice.

IS 601 will focus on international courts and war crimes tribunals.  Specifically, over the past two decades, a dozen international or internationalized war crimes tribunals have been created in Europe, Africa and Asia. Such courts have become a familiar feature in the field of human rights as well as in world politics. How have these courts actually responded to their own claims and to the expectations they have raised? How have their functioning and practices evolved over time? Are some of their models better suited than others to achieve certain goals and, if so, based on what evidence? What is their judicial efficiency and how useful are they as political tools? How do they serve victims’ interests? What have they changed in the conflict-affected societies? Through a series of case studies, thematic sessions and creative views, using documentary films as well as a diverse range of readings from the legal, political, human rights and journalistic perspective, we will ground our discussions in the practical realities of the life of contemporary war crimes courts, with a critical mind and a comparative approach.

Thierry Cruvellier is an international journalist and author whose specialty is international criminal justice, especially the workings of international justice systems after war crimes and atrocities. He is the only journalist in the world who has attended and reported on all of the important post-Cold War international tribunals. Mr. Cruvellier is the author of three books: Court of Remorse: Inside the International Criminal Tribunal for Rwanda (published by the University of Wisconsin Press in 2010);The Master of Confession (2014), which chronicles the trial of a Cambodian Khmer Rouge commander; and, coming out later this year, The Richest Poor Man — Stories from Sierra Leone. Writing in The New Yorker, Philip Gourevitch has called him, “a deeply informed and deeply thoughtful observer of the legal, political, moral, and psychological complexity of his subject. He is an elegant, understated writer, with a keen and rigorous intellect, and a wry, quiet wit.”

Mr. Cruvellier, who has a master’s degree in journalism from the Sorbonne, will spend Fall semester 2017 in residence in the UW-Madison’s Institute for Regional and International Studies (IRIS). While here, consulting with faculty, working in the library, and writing, he will teach an undergraduate course: International Studies 601, “International Criminal Justice: Models and Practice. If you are interested in learning more about Mr. Cruvellier’s work with UW-Madison click here and for his recent work in the New York Times click here.

Please note, Mr. Cruvellier will be the keynote speaker at the UNA-USA Dane County Chapter’s annual fall luncheon “Human Rights in a Time of Conflict”. This event will take place on October 29th and more details/registration will be forthcoming. Please contact Sarah Ripp at skripp@wisc.edu with any questions.